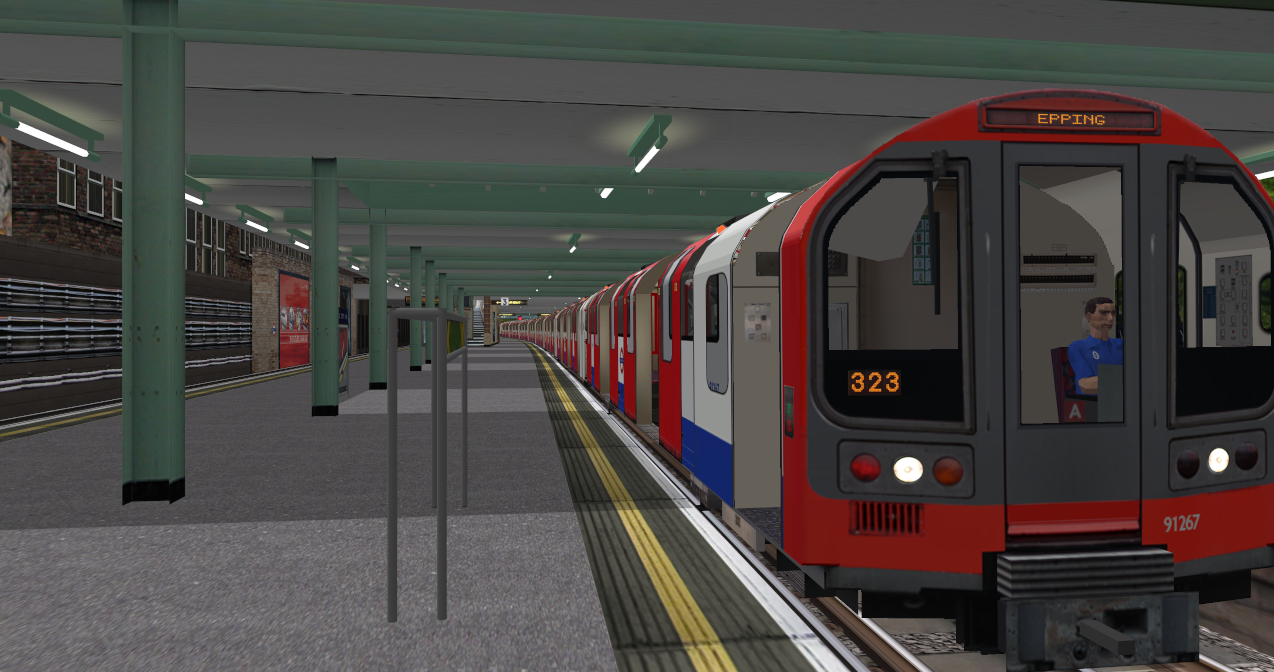 Continuing with our update to the Central Line, our attention has turned to White City. Before we talk about that, we should mention the section on the approach to White City. From North Acton to this point had a shortfall of almost 3/4 of a mile. While it may not seem like a big deal, it meant we originally had to cut out a lot of the scenery that is supposed to be there. Although it is not finished yet this is part of the newly extended section where the East and Westbound lines crossed over/under each other.

New Siding Brought Into Use

As you arrive at White City, you notice the siding sandwiched between the two running roads. Though rarely used, we couldn’t resist the opportunity to bring it to life.

We gather this siding is occasionally used for train stabling during service disruption or during engineering works. However it is used it is now a fully functioning part of our route… even if we don’t have any excuses to use it. From here you can access either platforms 3 or 4. But that’s not the the most exciting bit… the mainline now has the same level of flexibility!

At this end of the station it is now possible to run from:

This allows us to vary the driving experience by routing players into platform 3 from the mainline during service disruption. More importantly, it means a ‘White City Starter’ is something that can be included in the next release. In order to achieve this most of the track work at White City has been ripped out and relaid from scratch. This is what allowed us to bring that junction into full use.

Shall we take a moment to look at a train using the middle platform?

We breathed a sigh of relief when we found our station objects still aligned properly. The way BVE works is that every object is parented to a specific rail and complex stations like White City would often take exception to being parented to a different rail from the one it was designed to use. This was not the case here.

Little is being done cosmetically to the station at this point as we feel it looks fine as it is. Attention was focused on relaying the track at the ‘London end’ of the station. This started with clearing everything out…

Having worked with BVE for this long, you find views like this stop phasing you after a while. With a little patience and determination, we were soon looking at this…

The ‘White City Starter’ scenario is now a reality. The track work at this end of the station has been completely rebuilt and built to a much better coding standard than before. It is also possible to run from either platform towards White City depot. Yes, you read right.

What follows now is a strong cup of tea, a biscuit and a bit of housekeeping with the signalling objects before we continue towards Central London. You may be interested to note that the section ahead is being completely re-imagined. Most of the stations themselves will stay the same, but the tunnels, gradients and signalling is being completely replaced.

Important Information About Our Jubilee Line and Other Routes