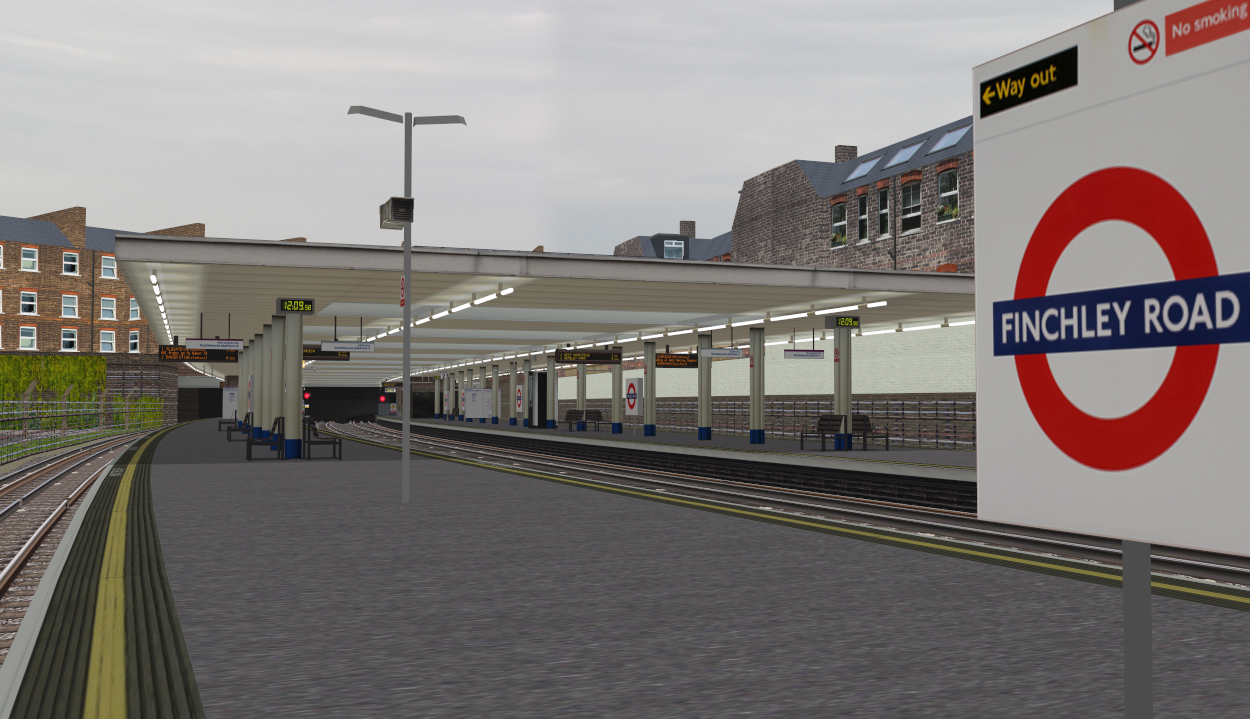 Where to begin… Due to life events, development of phase 3 of our Jubilee Line for Open BVE somewhat stalled for a while. This was coupled with the fact that this station wasn’t quite as easy to make as we originally thought. Whilst photographing the platforms is very easy, trying to get views of the various buildings that surround the station is almost impossible. It doesn’t stop there. The curvature of the station makes it very frustrating to try and guess where the simplest of things – such as vending machines – are meant to be! However, here at BVE Western Region, we don’t give up easily. Now things on a personal level have quietened down (should I have said that…?) development has resumed at an encouraging rate.
Enough of the monologue, why don’t we show you how we’re getting on?

Words can’t begin to describe how it feels to keep looking at the same piece of track for several weeks. It paid off in the end.

This station is almost finished. It would have been nice to have said it is complete. However there are a few finishing touches still to be made.

There was also a tireless amount of research carried out in order to make this station look as it would have done in the late 1990’s / early 2000’s. Finchley Road received a small refurbishment in recent years. Some of the original fittings were replaced. That’s without mentioning the charming 1920’s signalling equipment that was removed when the Jubilee was recently resignalled.

Whilst work continues to finish off the station, attention can now be turned towards the section to our temporary destination: West Hampstead. At the moment, there is a barren wasteland where North West London shall soon sit. Once the contractors arrive to build it

What happened to North West London!?

At the moment, the only things that are there are a couple of floating signals and tracks that seem to lead to nowhere. Fear not. If you have been following our progress with other lines you will understand. Most BVE work involves staring at empty space. By using imagination and determination we turn this into something worth driving. In ‘White City Gets A Makeover‘, you can see an example of how we craft the scenery from this emptiness.

There is also the small matter of the 1996 stock needing to be completed. It varies significantly from the current version, with many new features being included.

When will this route be finished?

We continue to work so that phase 3 will soon be complete and that we can finally share this with you all. In the meantime, if you wish to enjoy the current version of our Jubilee Line, it can be downloaded for free here.

Release of the Class 313

The Next Version Of The Central Line and our other routes

Using Our Assets In Other Works